« Just call it great music » by Blues in the south

New York born fiddler Ian McCamy has been playing since the age of six and is a close associate of artist, vintage music lover and performer Robert Crumb – know to blues fans for his instantly recognisable album covers for Yazzo Records many years back, his blues trading cards, and perhaps a little les so, his own musical performances. Ian is now based in Paris, France, where leads a band of « (mostly) ex-pats ». The focus of this release is vintage southern old-timey music – « transforming Route 66 into Route 1866 » as the notes put it. However, Fiddlin’ Doc Roberts, obviously a band favorite, is the source of three tracks – Roberts was a Kentucky fiddler who developed  his very bluesy style from elderly Black fiddlers when he was growing up early last century and this trio os tracks are among the highlights of what is a very fine album if your tastes run to « vintage Americana ». The leader’s fiddle and vocals are backed by banjo, guitar and upright bass, creating a truly rollicking and enjoyable 18 track collection of largely traditionnal hoedows, breakdowns, reels, regs, ballads and yes, blues. Americana, roots music, folk – just call it great music. Norman DARWEN – BLUES IN THE SOUTH
Produits associés 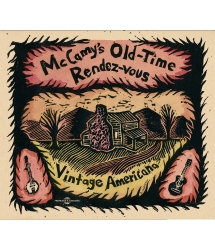