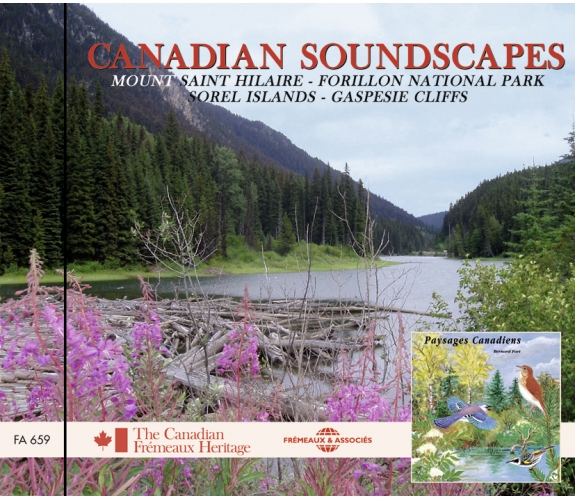 The recordings presented on this record were made during a  stay organised for Bernard Fort by Montreal University. This representation of Canadian soundscapes on seven sound tracks allows the listener to discover the pure beauty of these vast territories during spring and summer in a 70 minutes long Ecological Symphony!
Patrick Frémeaux
ENGLISH BOOKLET ONLY
at Mount Saint Hilaire
Beavers and Hermit Thrush in Forillon National Park
Northern Waterthrush and Winter Wren at Mount Saint Hilaire
Redwinged Blackbird and American Robni at Sorel Islands
Rain in the Mount Saint Hilaire forest
Hot weather at Mount Saint Hilaire
The Gaspésie cliffs on Bonnaventure Island. 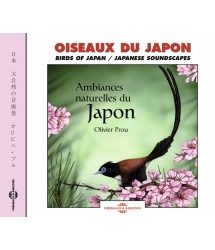 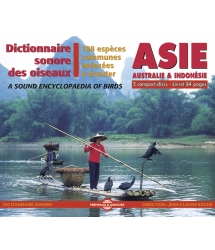 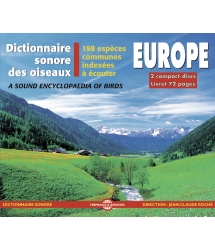 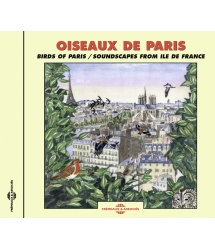 The recordings presented on  this disk were made during 1995, during a stay organised for me by Montreal University’s Faculty of Music, for which I should especially like to thank Marcelle Deschenes. Thanks also to the personnel of the Mount Saint Hilaire Nature and Conservation Centre and Forillon National Park for their precious advice.

1. Woodpeckers and Song Sparrow 8’54” (spring ‘95, Mount Saint Hilaire)
Mount Saint Hilaire is a centre for the study of nature and conservation, some 50 km from Montreal and affiliated to McGill University. A large part of the mountain is covered in intact deciduous forest. The last days of April, just before dawn, with the ground still frozen, the forest resounds with the drumming of a large number of woodpeckers (Yellow-bellied Sapsucker, Pileated and Hairy Woodpeckers), and the drawn out calls of the Common Flicker. Most singing migrants that have arrived aren’t very active yet. The Song sparrow is the only bird in a clearing. As day breaks, he intensifies his song that may last until evening. Meanwhile, other species make themselves heard, but somewhat timidly : American Goldfinch, Ruby-crowned Kinglet, Black-capped Chickadee, Blue Jay, Common Raven, Common Crow, as well as Spring Peeper treefrogs.

2. Beavers and Hermit Thrush 14’42” (August ‘95, Forillon National Park)
Sunrise in the forest, at the eastern tip of Gaspésie. Accompanied by the song of the Northern Cricket Frogs, a pair of beavers work on strengthening a large dam, felling and carrying small deciduous trees, the leaves of which they eat before pushing the trunks into the bottom of the lake they have created. It’s surprising how hard and with what zeal they work. From time to time they exchange characteristic squeals, while the White-throated Sparrow sings its song. Appearing successively as the sun rises are : Red-eyed Vireo, Hermit Thrush, often considered one of the finest songsters in North America, and the Cardinal with its loud song. Other species are present : Common Flicker, Black-capped Chickadee, American Goldfinch, Chipping Sparrow, Brown-headed Cowbird, as well as the Spring Peeper and Squirrel treefrogs.

3. Northern Waterthrush and Winter Wren (Wren) 10’34” (May ‘95, Mount Saint Hilaire)
A marsh, near a lake, at sunrise. Woodpeckers are very numerous here too, in this area of lake, marsh and forest. Amphibians (treefrogs) perform a concert accompanied by a Wood Thrush. The song of Redwinged Blackbirds alternates with that of Northern Waterthrush, whilst the woodpeckers make varied drumming sounds on the often insect ridden trees. Finally, the Winter Wren, perched very high, starts a long solo of which each complex phrase is seperated by a relatively long silence. Other species : American Goldfinch, Blue jay, Brown-headed Cowbird, Spring Peeper treefrog.
4. Redwinged Blackbird and American Robin 7’12” (May ‘95, Sorel Islands)
The Sorel Archepelago is situated less than 100 km north of Montreal, in the Saint Lawrence river where it flows into Lake Saint Pierre. There are more than a hundred islands in an aquatic landscape with forest and prairies (large expances of high grass without trees). The whole offers a rich mixture of bird song for the listener, as long as there isn’t to much wind. At daybreak, in the marshes and high grass, groups of Redwinged Blackbirds give an unexpected concert whereas the American Robin and the Song Sparrow play the role of soloists in the trees. Other species : White-throated Sparrow, Tree Swallows, Killdeer, Woodpeckers, Cardinal, Chipping Sparrow.

5. Rain in the forest 11’55” (May ‘95, Mount Saint Hilaire)
Precisely the same site as track 3, only three days later. It is surprising how much atmospheric and acoustic change has been brought about by the often incessant rain. There are still no leaves on the trees, so it’s the rain falling on the ground and lake that creates the background noise. Amphibians make themselves heard with continuous song (Green Frogs, American Toads), whereas the Wood Thrushs, indifferent of the weather, make up the melodious part of this track. Finally the track finishes with a concert of Spring Peepers. Other species : Common Yellowthroat, woodpeckers, chickadees, Hermit Thrush, Least Flycatcher, Northern Waterbrush.
6. Hot weather 7’45” (August ‘95, Mount Saint Hilaire)
The same site as in track 1, in the middle of the afternoon, with the song of a White-throated Sparrow and incessant calls of Red-breasted Nuthatches, a multitude of insects, often invisible, come together to create a fine, high-pitched, particularly rhythmic sound atmosphere. The song of a Solitary Vireo can be heard above that of the others, as can the strident calls of cicadas.

7. The Gaspésie cliffs 10’36” (August ‘95, Forillon Park, Bonnaventure islands)
At the extreme eastern end of Gaspésie, the Forillon and Bonnaventure island cliffs are a home for large numbers of seabirds. At the foot of these natural walls, the surprising acoustics amplify the sound of wheeling Herring Gulls and give a special resonance to the calls of the seals, quite far out to sea. Farther on is a large colony of Kittiwakes. At the end of the concert, the largest Gannet colony in the world (nearly 60.000 birds) makes an inunterrupted, deafening roar that can be heard up to nearly a kilometre away. 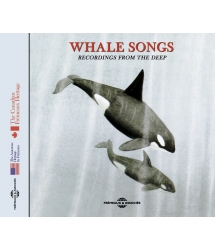 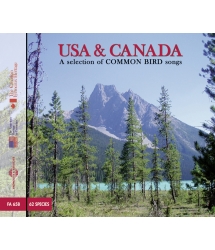