‘There are some truly fascinating sounds’ by Blues & Rhythm

When looking at the antecedents of jazz and the blues, the kinds of things that musicologists have tended to consider have been the songs of the so-called ‘primitive’ churches, ring shouts, work songs and celebrations – all of wich are included on this double CD set, so it is small wonder that the notes on the back of the sleeve make the contentious point that these sounds ‘probably come closest to the legendary bamboulas held in New Orleans’ Congo Square in the nineteent century…’ that is of course debatable, but many of the tracks here certainly fit with the descriptions of music from the ninetenth century. There is a large percentage of ritual music – largely call and response vocals with drums – but the opening two numbers are the oldest pieces of Jamaican music known to still exist, a rough-sounding ensemble version of the mento, ‘Linstead Market’, combined with ‘Sweetie Charlie’. The notes state that it is sung by American actresses Nina McKinney and Ida James (who later appeared in ‘Hi-De-Ho’ with Cab Callaway) and Randolph Williams, on whom I have drawn a blank – but surely even if these actresses appear in the film, ‘The Devil’s Daughter’, performing this song, it was mimed ; both it and the ‘kette Drum Suite’ which follows (from the same film) were indeed recorded in Hope Botanical Gardens in Jamaica though, and the same performers tackle both – chech it out  on Youtube. After this, the music is drawn from two Folkways albums, ‘Folk Music Of Jamaican’, recorded by the island’s future Prime Minister, Edward Seaga, in the early ‘50s, and ‘Jamaican Cult Music’, recorded by George Eaton Simpson. The music falls into those categories listed in the first paragraph, with the religious music predominant – kumina , pocomania, Revival Zion. This kind of material can be difficult to lisqten to, but the tracks here tend to be both highly rhythmic and rickly melodic. The second CD continues in the same vein and includes the first known recordings of Rastafarian music, from December 1953, Then at track ten (of 22), there is a switch from field recordings to studio material, two tracks from The Mellow Cats with Rasta drummer Count Ossie and his group (released in the UK on BlueBeat in 1961), five from folk performer Louise ‘Miss Lou’ Bennet (from Folkways again), a brace from Edric Connor & The Caribbeans (a rather formal Trinidadian vocalist who recorded the album ‘ Songs from Jamaica’ in 1952, the source for these two number – four years late he made ‘The Manchester United Calypso’), and one apiece from The Frats Brothers, Harold Richardson, Lord Foodoos, and Count Lasher, the latter with ‘Sly Mongoose’. This set is not as immediate as others in the label’s serise of everviews of Carribean music, but like them it does contain material that has long been very difficult to obtain (though since the advent of the Internet, perhaps less so). Even leaving aside that issus of ‘roots of jazz and blues’, there are some truly fascinating sounds on offer here. Norman DARWEN – BLUES & RHYTHM 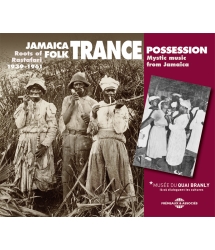