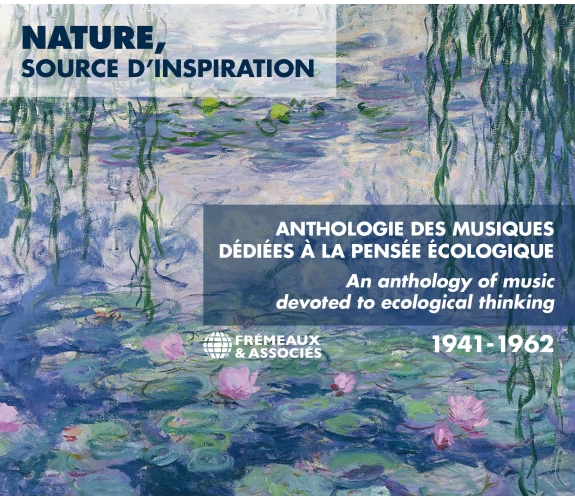 Before the Sixties, notions like the Anthropocene epoch, the philosophy of living in harmony with nature, the recognition of nature’s rights, climatic change, even less the sombre predictions of the collapsology described by Pablo Servigne, or the solastalgia in Glenn Albrecht’s definition, weren’t concepts that muddied the learned discourse of scientists or the media. Even if one could sense a sketchy idea of ecology’s humanities that lay just over the horizon, Nature, above all else, was a source of inspiration.  So the musical path trodden by Debussy, Trenet, Django Reinhardt, Brassens, Duke Ellington, Hoagy Carmichael, Chico Hamilton, Stan Getz, Miles Davis and Dorival Caymmi relates the story of the artistic sensibilities that surround the seasonal cycle, the melancholy born of rainfall, the symbolism of trees and the sea, the fear of storms, and life close to animals.
Teca CALAZANS & Philippe LESAGE 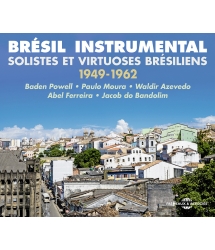 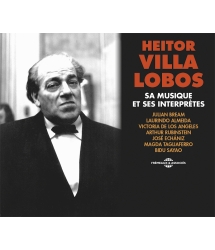 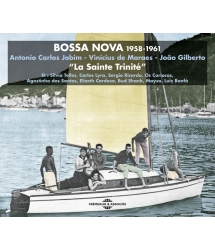 Nature, a source of inspiration

An anthology of music devoted to ecological thinking, 1941-1962

If the composition Nature By Emerson is present in our anthology, it’s because it illustrates the tone of the subject: nature as a source of inspiration and an overture to ecological thinking. It was immediately after reading the essay Nature written by Ralph Waldo Emerson, the high priest of transcendentalism, that cellist Fred Katz, who was also the musical director of the Chico Hamilton Quintet, confessed he felt the pressing need to capture its spirit in music. His fellow American Charles Ives (1874 – 1954), another composer equally sensitive to that message, didn’t miss the opportunity to point out that Henry David Thoreau and John Muir, two other essential thinkers in the domain of ecology, attributed a fundamental importance to the music of nature (and Ives, incidentally, would compose a Sonata for Piano N° 2 whose movements carry titles with the names of transcendental thinkers – Emerson, Hawthorne, Alcott and Thoreau – as well as songs based on poems by Emerson.)

Wilderness, or the wild in nature

In his essay published un 1836, Emerson states that every man is tied to nature and regenerated by it; the thesis is also illustrated by his disciple Thoreau, in his journal Walden, or, Life in the Woods. In this way, both thinkers imposed a shift in the reflexion on their times: nature is not thought of as being against the culture and rationality of the Lumières, rather as against any industrial civilisation that destroys the environment. Translated concretely: nature becomes a space to be protected. It would bring Aldo Leopold (1887–1948) to launch modern environmental ethics by being at the origin of the creation of our national parks. That desire to “protect nature’s cathedrals” (the formula is John Muir’s) would give rise to the concept of wilderness that imposes protecting nature as a priority, indeed, as an unconditional act. Karl Jacoby also seized the chance to demonstrate its limits in his essay Crimes against Nature, where he underlined the violence committed in nature’s name with regard to natives and squatters.

The concept of nature, a cultural construction

In those Twenties of our twenty-first century there was fierce debate. The anxieties of the present followed the rising curve of the risks linked to global warming. Philosophers (Baptiste Morizot, Vinciane Despret, Dominique Quessada), ethnologists (Philippe Descola, Natassja Martin), sociologists (Bruno Latour…), scientists (Pablo Servigne, Glenn Albrecht), elected politicians (José Bové, Nicolas Hulot), ethnobotanists (Pierre Lieutaghi) and geographers (Raphaël Mathevet…) would hack away at each other to the point of falling into the extreme visions of solastalgia (“eco-anxiety” in Glenn Albrecht’s analysis) and collapsology (which according to Pablo Servigne studies the collapse of industrial civilisations to come.) Less pessimistic, and far from any narrow moralism, Baptiste Morizot, like a number of today’s thinkers, would defend other ties and a more understanding perspective when considering other forms of life.

The absence of a universal concept

The appearance of ecology as a subject for reflexion and study is relatively recent. It dates back to 1866, when the German biologist Ernst Haeckel coined the term in creating a scientific discipline that studied the dynamics of populations and settlements (animal, vegetal and microbial) in addition to the functions of ecosystems and landscapes. Since then, disputes over cataclysmic climatic consequences have greatly increased. Political decisions have been taken: with impetus from the United Nations Program, an inter-governmental experts’ group (GIEC) was set up and the first COP took place in Stockholm in 1988. The Earth Summit followed in Rio de Janeiro in 1992, and the first Climate Conference was held in Berlin in 1995. The conviction that it is Nature that determines Man’s fate became the norm in the western world without it being possible to mask the absence of a universal concept, so true was it that the concept of Nature is a cultural construction.

Nature as a source of artistic inspiration

Let there be no mistake: this anthology is more a sort of cartography of the ways in which artists draw inspiration from nature, rather than a musical illustration of the debate surrounding ecology. And this is for a simple reason: awareness of the fragility of living things, and ecology’s appearance as a subject for reflexion and study, weren’t in fashion (in politics, the media or the arts) until 1962, which is the cut-off date that limits the scope of our anthology here. That is why our selection takes inspiration above all from the works of the neuropsychiatrist Boris Cyrulnik and the historian Alain Corbin, for whom Nature is the imprint of Man’s sensibilities and likings; the affective life of artists therefore depends as much on the outside world, and on their interactions with their milieu, as it does on their inner selves.

From the 19th century (Beethoven, Schubert, Schumann and Liszt come to mind) until the 1960’s, artists were sensitive to seasonal cycles and the beauty of the light that shone on different landscapes as demonstrated in the compositions of Debussy and Ravel, or those of Django Reinhardt and Charles Trenet, to name only four. So in this anthology there are no protest songs to be found that explicitly advocate against the catastrophes for which Man might be held responsible.

The Little Horse,
or the Animal as a Partner of Existence

Since animals are partners of our existence, songs do not forget that fact even if they often treat animals with compassion, as in Le Petit Cheval, the Paul Fort poem set to music by Georges Brassens. This song couldn’t fail to move Hicham-Stéphane Afeissa, a specialist in environmental and animal philosophy; according to the latter, we must cease to look on animals as our fellow creatures: we are to leave the domain of primary emotions and turn our backs on the moral landscape of compassion. La Cane de Jeanne is more mischievous, while Skylark and Bye Bye Blackbird are more melancholy. And O Pato (“the duck”), a quick sketch in the form of an anthropomorphic samba, is a pure delight: “The duck came in singing quack-quack, when a toad with a grin asked to join in the samba too. The gander liked the duo, went quack-quack also, and then looked at the swan, telling him a quartet would be nice, and even very nice… Along the edge of the pond, off they went to rehearse, beginning ‘Tico, Tico no Fuba…’”

An Autumn Dream, or The Seasons

Observing the sky and the elements is indeed what makes the inner soul and the soul of the world communicate, to the point where September Song establishes a correlation between the ages of life and the seasonal cycle. And to convince yourself of that osmosis between seasons and emotions you only have to listen to Trenet singing Verlaine, Félix Leclerc’s version of Hymne au printemps, or Winter Moon, Songe d’Automne and Summer Afternoon.

Living water, or the Sea and Fresh Water

Listening to Debussy’s La Mer, but also to Dorival Caymmi, the composer from Bahia, whose magnificent songs translate all the ambivalence of Man’s terror and fascination when facing the ocean, it is impossible not to go back to Baudelaire’s poem L’Homme et La Mer (“Free man, always will you cherish the sea! The sea is your mirror; you contemplate your soul.”) In people’s imaginations, aquatic notions are complex, with salt water as the opposite of fresh water. According to Heraclitus, “panta rhei” or, “everything flows,” and spring water is the manifestation of the irreversible flow of time, but also of the pure and virginal, which is what Guy Béart illustrates in his song L’eau vive.

By his own admission Debussy entertained a special relationship with Nature: “Music does not imitate nature but is its equal: it is an art that is free, outflowing, an art of the open air, an art proportionate to the elements, the wind, the sky and the sea!” And it’s true that the tumult of the sea was in harmony with the rhythm of his rhythmical imagination. As for Dorival Caymmi, the incredible power behind his music and poetry clearly elucidates the ambivalence that holds fishermen in its grip: the sea was their living, yet they would also disappear in its waters. In O Barquinho, the guitarist-composer Roberto Menescal and lyricist Ronaldo Boscôli unveil a vision that has more enchantment, a perspective embedded in the philosophy that typified the period in which the bossa nova was born – the golden youth of Rio de Janeiro taking to the sea aboard a yacht.

Thoughts beneath the clouds

“Clouds remain wonderful objects of fascination and dreams,” wrote Baudelaire. Hence the poet Philippe Jaccottet’s title for the work he published in 1994, Pensées sous les nuages. Listening to Nuages, Debussy’s orchestral nocturne and also Django Reinhardt’s most famous composition, one has a premonition that clouds (“nuages”) might just be the expression of the inconsistencies that cause us to have dreams.

The wind in the plains

Before Lavoisier’s discovery of the composition of air, hurricanes and storms were considered as manifestations of the Gods’ punishments. Ever since air ceased to be a mystery, the wind has told us the story of oblivion, and also energy. To be convinced, listen to O Vento by Dorival Caymmi, or turn to Debussy again, for the prelude Le vent dans la plaine.

Thoreau magnifies rain as “the gentle rain… good for me too”; for Verlaine, rain had to do with boredom, which he referred as “spleen” (“Oh, the soft noise of rain that falls on the ground and roofs! For a heart that is bored, oh, the song of the rain!”); and with Debussy it took on an air of melancholy, although, he admitted, “one can’t listen enough to the thousand sounds of rain.” In a word, as with Charles Trenet (Madame La Pluie), rain symbolises the ephemeral and the unstable. Fog, like storms (Noite de Temporal by Dorival Caymmi, and Stormy Weather) invade the inner nature of the subject and muddle its traces in fog.

Close to my tree, or the Tree and the Woods

If Auprès de mon arbre, (“Close to my tree”) the Georges Brassens song, has left such a mark on us, it is because beneath the shadows of that tree we can relax and reflect on the cyclical movement of the time it symbolises, as Bachelard pointed out quite pertinently. As for Thoreau, (“I went into the woods because I wished to live deliberately, to front only the essential facts of life”), he seems to agree with Philippe Jaccottet, who wrote, “The tree is a lesson; one can love, reflect, and think, in terms of life rather than knowledge.” The message is not far from songs in general, nor from Duke Ellington’s Fontainebleau Forest.

This anthology is dedicated to historian Alain Corbin,
with thanks for his invaluable advice. 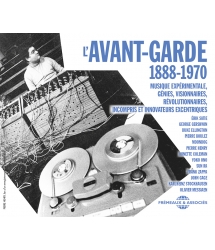 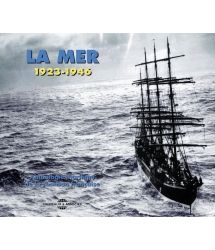 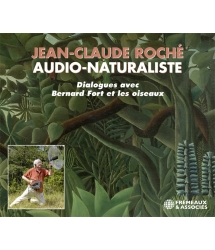 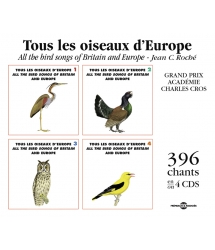