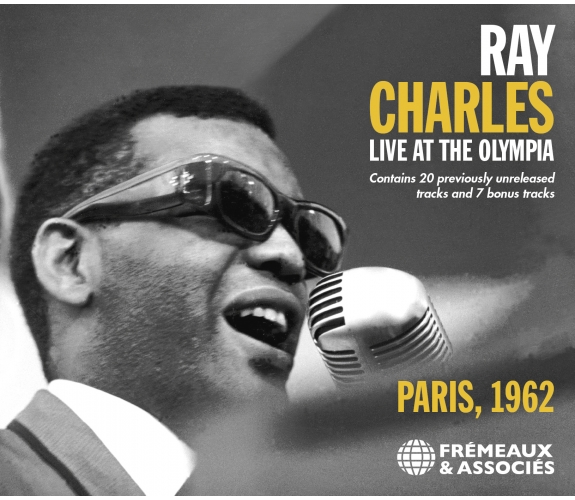 Between May 17 and 25, 1962, Ray Charles, “The Genius”, returned to Paris for a series of memorable concerts. And he was at his peak, fronting his big band and accompanied by his Raelets led by a dazzling Margie Hendrix. This 3CD set prepared by Joël Dufour with the help of Michel Brillié and Gilles Pétard contains previously unreleased material and bonus tracks that include recordings made in Ray’s own studio, where he plays piano alongside his favourite artists, Percy Mayfield and Louis Jordan. And this set has a must: “Blue Stone” is a great instrumental with Ray playing alto, but he never recorded it in a studio. And you can listen to it here!
Patrick FRÉMEAUX 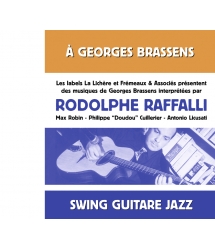 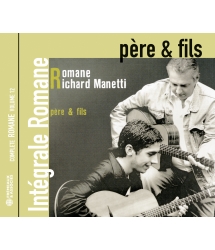 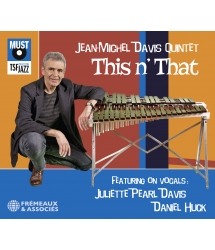 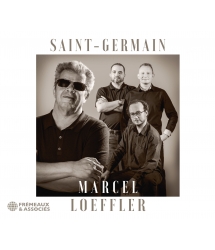 Ray Charles
Live at the Olympia, Paris 1962
By Joël Dufour

Only seven months after Ray Charles’s triumphant first series of concerts in Paris, at the Palais des Sports, in October 1961 (1), the “Genius” was back in the French capital, this time for a series of ten performances at the legendary Olympia theater, which attracted a total attendance of 25,000 spectators.

While Ray Charles had closed the parenthesis of his use of a Hammond organ on stage instead of a piano, his large orchestra of sixteen musicians had remained unchanged. They included the brilliant trumpeter Phil Guilbeau and the talented travelling companions of his small band of the 1950s, among them tenor-saxophonists David “Fathead” Newman and Don Wilkerson (the most sought-after soloists), conductor and alto-saxophonist Hank Crawford, as well as the discreet but essential Leroy Cooper on baritone saxophone and Edgar Willis on bass, and of course the indispensable Raelets led by the flamboyant Margie Hendrix.

If the proposed program still had a solid base of his classics from the previous decade (such as Hallelujah I love her so, I got a woman, The right time, Yes indeed, Drown in my own tears, Tell the truth or the inevitable What’d I say finale), Ray Charles also fleetingly added two pieces he never recorded in the studio (and which were miraculously captured, in a single performance each, during one of those 1962 concerts at the Olympia): the instrumental Blue stone, masterfully performed by Ray on alto-saxophone (his masterpiece on that instrument, which he has used too scarcely), and a fascinating long wordless blues improvised at the piano.
But the main addition to the repertoire was due to the incorporation of recently recorded and released pieces. For, in many respects, everything was going very fast for Ray Charles during that period of time, the most prolific, the most successful and the most tumultuous of his career and of his life. So there were also his most recent hits (published on singles) in his usual vein of Rhythm ‘n’ Blues imbued with gospel with which he had conquered the black sub-proletariat and many of the white teenagers who were crazy about Rock ‘n’ Roll (Unchain my heart, Hide nor hair, The danger zone), but also no less than five songs (Bye bye love, I can’t stop loving you, You don’t know me, Just a little lovin’, Careless love) from his new album “Modern Sounds in Country and Western Music”. This was already the fifth, in three years, in his series of albums aimed at the “general public” (schematically: middle-aged people, black, and, mostly, white), where the Genius was covering standards with, for half of the titles, a jazz big band and, for the other half, a symphonic string orchestra and a choir.
But this time, Ray Charles was tackling a repertoire widely perceived by the white and black communities as “untouchable” by an African-American singer: the one of “country music”, the “defining” mode of expression of Southern Whites, the majority of whom were staunch supporters of the ongoing racial segregation. Ray Charles, who had no taboos when it came to music (he always readily reminded his profession of faith: “There are only two kinds of music: good and bad”), was a sincere admirer of this Country Music that he had listened to on the radio during his whole childhood, and even briefly played within a small white band by the name of the Florida Playboys when he was sixteen years old. Ray had to struggle to convince the executives of the record label he was contracted to, ABC-Paramount, to let him realize this particularly risky album project.
However, the Genius’s perilous gamble quickly turned into a resounding national success, even though country radio stations persisted in not broadcasting any of his records. Published on a single, the song I can’t stop loving you, drawn from the album, peaked at No. 1 in 4 categories of the professional magazine Billboard: Rhythm and Blues, Country, Pop and Jazz, and had already reached the 2 million copies sales mark before Ray Charles landed again in Paris.
“Brother Ray”, who always emphasized his concern for the lyrics of the songs he performed, said he liked those that could elicit a dual interpretation, and the album “Modern Sounds... ” contained one of those songs, You don’t know me, which, beyond banal words about a love misunderstanding, could also be read as a social claim for recognition of his community by the white majority. The protestation meaning of another song newly added to his repertoire, the blues The danger zone written for him by Percy Mayfield, was even more transparent.
Ray Charles was already very much involved in the civil rights movement in his country, particularly in the function of funds raising for Martin Luther King’s Southern Christian Lea­dership Conference (SCLC), even if he did not take part in the public demons­trations of the organization. There was an obvious reason for this: in his own words: “Because I couldn’t see the projectiles coming.” But another reason, no less serious, encouraged him to keep a low profile: the run-ins with the law in which he had been struggling for years because of his drug problems (it was only three years later that he would be able to free himself from his addiction to heroin).

France had been the first country outside the USA where Ray Charles had ventured, the credit for this fact going to Frank Ténot who, as early as 1960, had crossed the Atlantic ocean to attend one of his concerts and interview him (for Jazz Magazine ), and then suggested that he would come and perform at the Antibes-Juan-les-Pins jazz festival. Ray was the star of that festival in July 1961 (2), which was then only followed by a single concert in La Baule.
When Ray Charles returned to Europe three months later with his first large orchestra, it was still mainly to perform in France, since apart from a concert in Lyon and those at the Palais des Sports in Paris, he had given only one concert in Switzerland (in Zurich).
But for Ray Charles this new tour of 1962 was clearly that of a new decisive chapter in the internationalization of his career. Thus – even if France remained his main European objective, with, in addition to the Olympia concerts, performances in Lille, Roubaix, Strasbourg, Thionville, Montbéliard, Lyon, Bordeaux, Nice and Cannes – the Genius was also to perform in Brussels, Liège Geneva, Berlin and Stockholm. Soon his annual foreign tour would extend to all five continents.

The “bonus tracks”
1962 was also the year that the Genius created his first record label, Tangerine, on which he had undertaken to record some of his favorite artists. Among them was a major African-American music artist – singer and alto saxophonist Louis Jordan. From childhood, Ray Charles was a “fan” of Jordan, whom he recognized as one of his influences (he had also made Jordan’s Let the good times roll an usual introductory song for himself), and he absolutely wanted to revive his career, even though Jordan’s style, which had been immensely popular in the 1940s, had gone out of fashion for a decade or so. Between 1962 and 1965, Ray was to release an album and seven singles on Louis Jordan, leaving to no one else the chore of accompanying him at the piano on the four tracks of his very first session for Tangerine.
But the first artist Ray Charles had signed to his Tangerine label, Percy Mayfield, held an even more special place for him. Mayfield had enjoyed a major success as a singer between 1950 and 1952, notably with his Please send me someone to love, which became a standard of American popular music. But a very serious road accident in 1952 had left half of his face disfigured, putting a stop to his singing career and forcing him to live mainly from his compositions for other artists. A great admirer of Percy Mayfield’s talents as an author, Ray Charles had taken him on an exclusive contract to write songs for him, and he had achieved major successes with Mayfield songs such as Hit the road Jack, But on the other hand baby, Hide nor hair or At the club. However, Ray did not appreciate Percy only as an author, he also loved his inimitable deep voice, which oozed the blues, flirting with the abyss of melancholy. Of all the artists he produced on Tangerine, Percy Mayfield was the one Ray Charles was closest to, which is reflected in the fact that he is the one artist that Ray recorded the most (two albums and twelve singles) and that he has (admirably) backed the most on keyboards (on Percy’s first four Tangerine sessions). Fortunately, all of Percy Mayfield’s recordings produced by Ray Charles were put together on a CD “Percy Mayfield - His Tangerine and Atlantic Sides” (Rhino Handmade RHM2 7828), but, for Cookin’ in style, it is not the “master” version (which is on the Tangerine single 934) that was included in the CD but a previously unpublished “alternate take” of the song. The reissue of the master version was therefore required!
Finally, courtesy of André Monnot, we are delighted to be able to present, for the first time, a magnificent instrumental blues by Ray Charles, which had been used as background music in the film “Swingin ‘Along”.
Joël Dufour
© Frémeaux & Associés 2021
(1)- his three performances recorded on this occasion are available in their entirety in the CD box set Ray Charles – The Complete 1961 Paris Recordings (Frémeaux & Associés FA 5748).
(2)- all of his performances in this setting are available in the Ray Charles in Antibes 1961 CD box set (Frémeaux & Associés
FA 5733).
Consulted magazines :
Philippe Adler: Dix jours avec Ray Charles, in Jazz Hot July-August 1962
Raymond Mouly: Moi, j’aime Ray Charles…, in Jazz Magazine July 1962
Dan Morgenstern: The Impact of Ray Charles, in Jazz, October 1962
Bill Quinn: Interview: Ray Charles, in Playboy, March 1970
Thanks to:
Michel Brillié & Gilles Pétard (Body & Soul / Live in Paris), André Monnot, Olivier Gillissen, Uroš Peric´, Christian Besnier, Bob Stumpel, Jean-Francis Merle, Michelle Dufour.
Blogs devoted to Ray Charles:
-Bob Sumpel’s : http://raycharlesvideomuseum.blogspot.com
-André Monnot’s : http://blog-raycharles.blogspot.fr 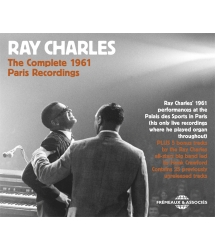 THE ONLY LIVE RECORDINGS WHERE RAY CHARLES PLAYED... 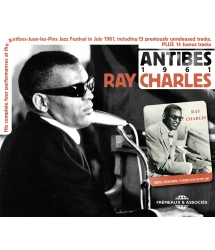 INCLUDING 13 PREVIOUSLY UNRELEASED TRACKS, PLUS 14... 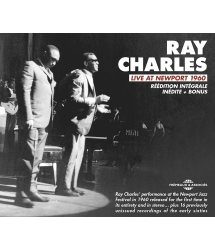 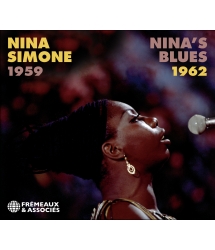